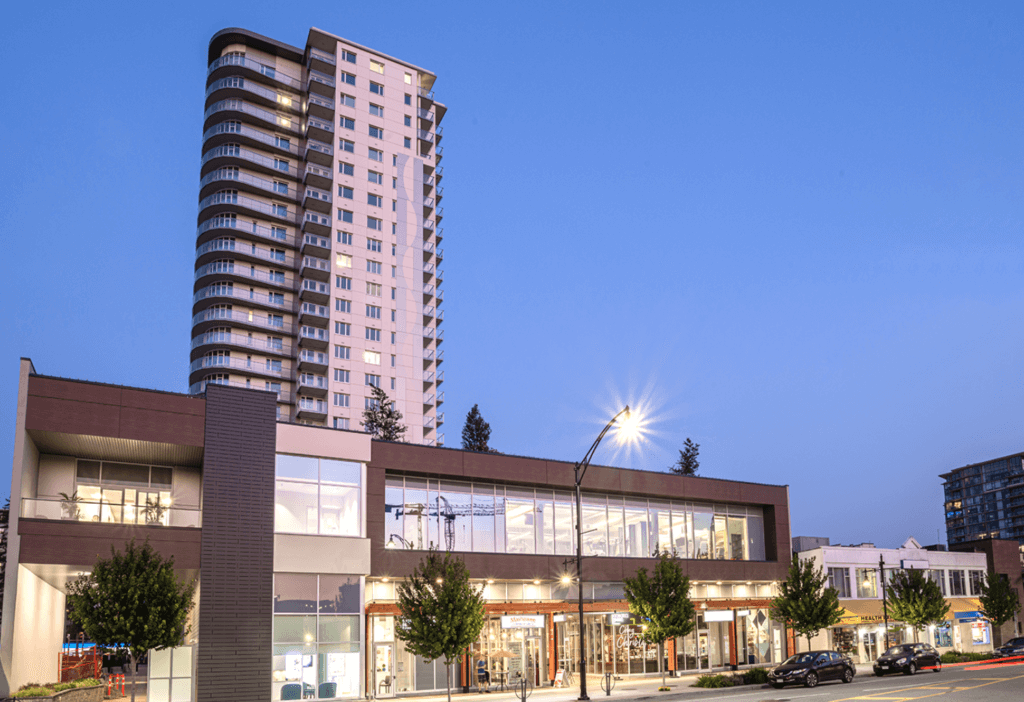 “Our grandparents moved into a retirement building that has been built around here, do you know where it is?” Müller recalled the couple asking. “We cannot find it.”

The couple was in the right place, they just couldn’t tell from the community’s design. And that is exactly what Vancouver-based PARC aims to achieve in its five communities in Canada.

“We don’t want to build retirement buildings,” Müller said. “We try to build buildings for some [people] that are simply a little bit older.”

The planning process for Oceana PARC began in earnest when the company procured a site in the heart of an urban area known as Uptown White Rock. Set close the U.S. border north of the state of Washington, the city is well-known for its pier, beaches and ocean views

White Rock’s community plan had called for more density in the area, and PARC answered that call with a high-rise senior living concept.

While the company had already completed two senior living tower projects — a seven-story project and an 11-story project — Oceana PARC represented its tallest to date at 23 stories. Originally, the project was wider and spanned 19 stories, but the local community wanted to preserve local sight lines, so plans were modified, according to Russell Hobbs, vice president of development and construction for PARC.

“Through conversation and evolution, it changed to the equivalent of a 25-story building, although we are only 23 [stories tall] because we have some higher floors,” Hobbs told SHN.

The community’s design was meant to create a strong physical connection to the surrounding Uptown White Rock location. The project sits along the front of White Rock’s main commercial street, Johnston Road, with a two-story amenity podium and residential tower facing a quieter residential thoroughfare to the west, George Street.

While Oceana PARC acts as a bridge to the surrounding community in its materials and massing, it also literally does so with an enclosed breezeway that connects to a rooftop area overlooking Johnston Road above a retail space containing bakery, restaurant and hair salon tenants. Near the bridge is a landscaped walking loop, putting green and a greenhouse. 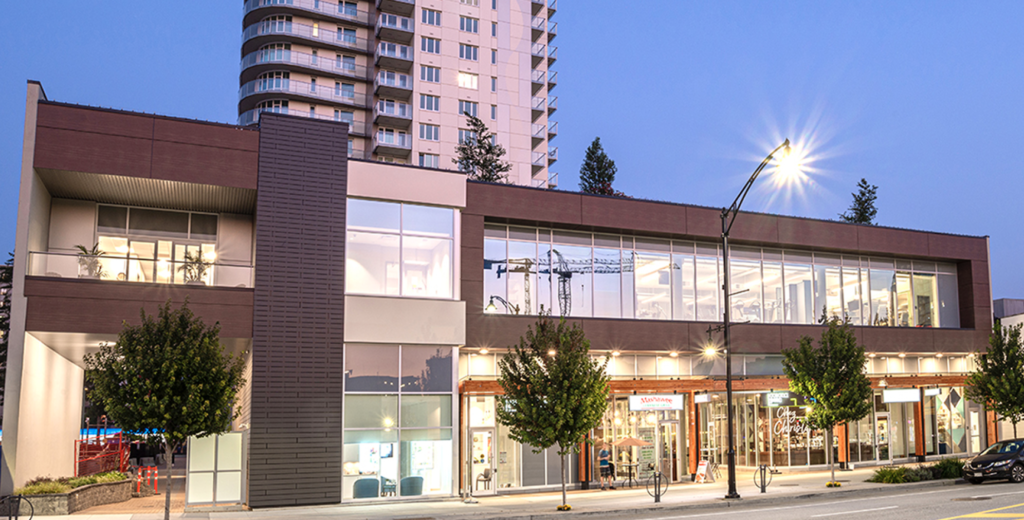 “Visually, seniors can look down, and people on Johnston Road can look up, and they are linked to the street and to the community,” said Helen Besharat, a principal at BFA Studio Architects who served as the project’s architect.

The community’s design also includes environmentally friendly features, and Oceana PARC is targeting a LEED Gold certification. Green design features include an energy-efficient envelope that follows Passive House standards with exterior insulation and solar shading. Other features include open floorplans and large curtain walls to maximize daylight and views, and landscaping and green roofs to promote connections to the outdoors. And, the community was designed with energy-efficient engineering systems and durable materials to ensure the building’s longevity. 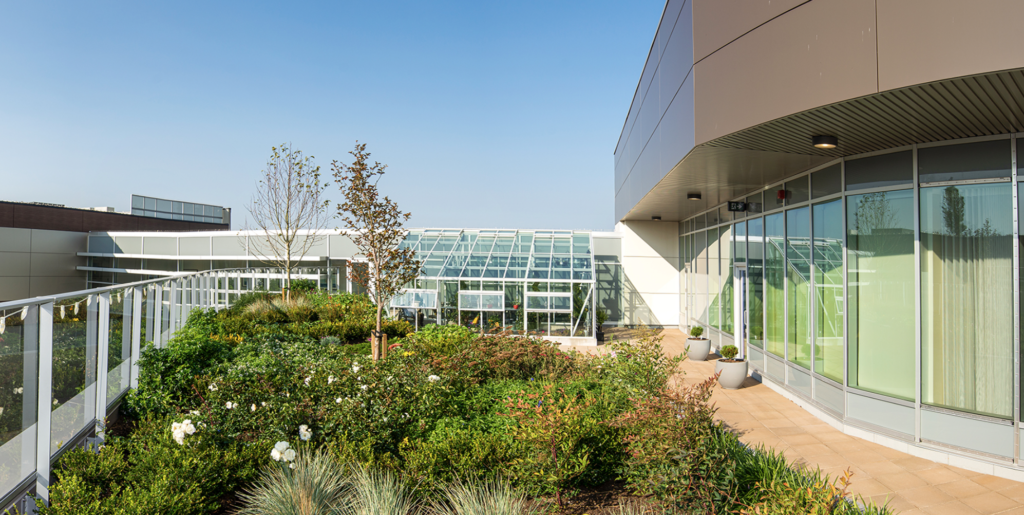 Müller — who studied architecture in Switzerland — traces his passion for energy efficiency back to Western Europe’s energy crisis during the mid 1970s.

“Buildings in Germany, Switzerland and Canada always use what you would call a green approach. That’s simply a given,” Müller said. “I believe it’s a great value for the company.”

“I have a common culture and passion with Rainer,” Besharat said. “The use of energy during those years in the ’70s was very efficient, so it was a mentality that we had.”

The community’s interior design, handled in part by firm BOX Interior Design, channels White Rock’s coastal setting, with sailing rope accents and ocean colors such as beige, blue and coral. The community also pays homage to the area’s indigenous heritage with a family room named after the Semiahmoo First Nation. BFA also contributed to the interior design process by designing the community’s suites and residential common areas, including its spa.

Müller compares designing senior living communities to building and programming a computer from the ground-up. Like a computer manufacturer, PARC’s goal is to improve its designs with every iteration.

Although the design process went smoothly, PARC did encounter some challenges in the construction process, particularly among subcontracted tradespeople. Rising construction costs also complicated the project.

“Some areas of our project were challenged where the trades were challenged to find competent and adequate … construction personnel,” Hobbs said. “Some of our other trades — it’s not just one company — did great and came to the table.”

All told, the community overran its budget of $110 million Canadian by about 5%, according to Müller.

“There are some key trades that you bring on that will really drive the schedule … and we did manage to partner with some of them through our general contractor,” Hobbs said. “We did get the building done as planned and on time.”

Today, Oceana PARC stands as a testament to careful planning and thoughtful design. SHN Design Awards judges praised the community for its integration into the local White Rock area, among other features.

“You would never know this is a senior living community, and that is how it should be,” said Dean Maddalena, an awards judge and president of StudioSIX5. “Perfect integration and stacking of public access amenities and private amenities.”

And John Cronin, principal at AG Architecture, remarked that Oceana PARC is a “well-designed urban tower with great interaction with the city.” 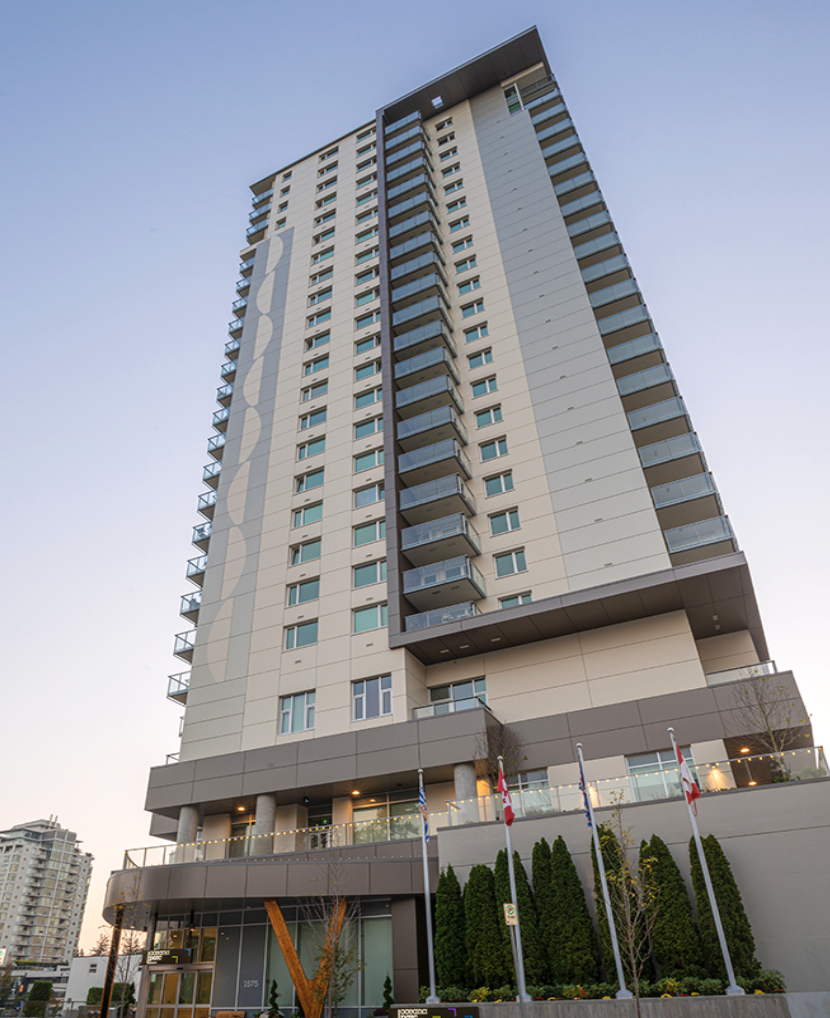 The community opened a few months before the Covid-19 pandemic, in September 2019. In its first few months, the community had a “very successful lease-up,” with 70 units leased on day one. That alone was enough to cover the community’s operating costs.

Then, last March, the Covid-19 pandemic halted visitations and tours, slowing the community’s lease-up process considerably. But the company was able to help fill the gap by creating “Family Meetup Centres” out of modular containers typically used as offices on construction sites. Today, occupancy sits at around 60% — lower than originally expected, but also understandable given the circumstances.

And the community will aid the company in another way: by serving as a prototype for future projects. In fact, the company is due to begin designing its next project with BFA in the coming weeks — a mid-market high-rise community in Coquitlam, British Columbia.

“As a company, we try to operate more efficiently, and we try to train people for the next property,” Müller said. “That’s all coming together in this building.”