White Rock’s much-loved wooden pier reopened to the public on August 27, but fundraising efforts to cover its repair costs are just ramping up. Leading the way is PARC Retirement Living, sponsoring a Chefs for the Pier fundraising dinner on September 12.

Hosted at the shiny new retirement residence, Oceana PARC, the event promises sweet and savoury small plates, fine wine, plenty of lively conversation – and the opportunity to contribute to a community icon that’s just a short walk away on the White Rock waterfront.

As Tony Baena, PARC President & CEO, says: “There are three things that everybody knows about White Rock. There’s the white rock on the beach, the promenade along the waterway – and the pier. It’s akin to the Lion’s Gate Bridge or the Grouse Grind in North Vancouver.” 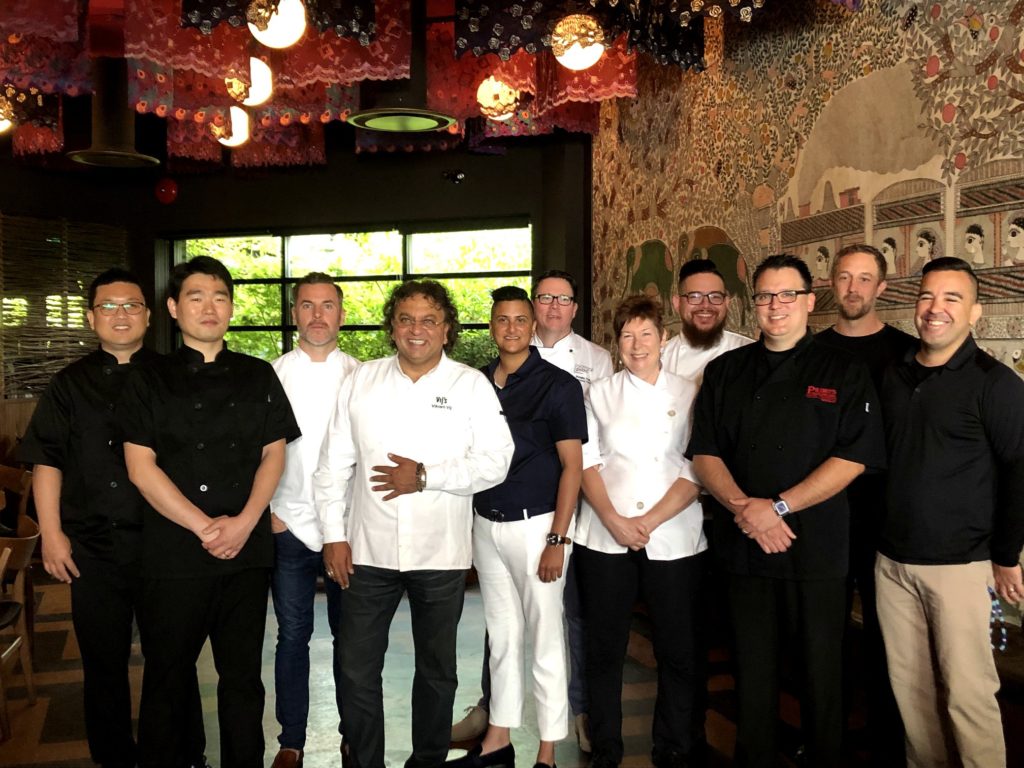 For his part, Halls will be serving sabich, an Iraqi-Jewish dish that teases with taste and texture. (Think roasted eggplant, hummus, tahini, vine-ripened tomatoes, cucumbers, and onions, finished with pickled mango, zhoug and quail eggs.) Hailing from such high-end establishments as Vancouver’s Trattoria and Italian Kitchen, Halls will prep his plates at one of the event’s dozen temporary food stations set up throughout Oceana PARC’s two dining rooms, common area, and courtyard.

Organized by the Friends of the Pier fundraising committee, of which PARC is a member, the reception-style evening will welcome a few hundred guests just days before Oceana PARC’s first residents move in.

Having splurged $300 each on their ticket, diners can expect a night of fantastic feasting in fine surrounds. Indeed, the newly unveiled dining spaces on Oceana PARC’s main floor boast floor-to-ceiling windows, a coastal-themed colour palette, double-sided tunnel fireplace and greenery displays. In a nod to White Rock’s boating background, sailing rope accents and a fetching rope feature wall round out the décor.

“It will look more like a high-end restaurant rather than what people are used to seeing in a retirement residence dining room,” says Baena, adding that credit for Oceana PARC’s upscale vibe goes to Box Interior Design – the same firm behind the polished looks of Vancouver’s Black+Blue and Whistler’s Bar Oso restaurants.

Community spirit to the rescue

Giving back to the community is nothing new for PARC. So when the White Rock Pier suffered extensive damage during a severe storm on December 20, 2018, the company stepped up to help raise funds for the landmark’s $16.2-million rebuild.

Already involved in various White Rock community initiatives, PARC joined Friends of the Pier when it launched in March 2019. Representing local businesses and organizations, the volunteer group pledged to help the City of White Rock fund the 104-year-old pier’s replacement over the next two years.

Proceeds from Friends of the Pier will go toward the project’s estimated $2-million shortfall – the amount remaining after insurance, government contributions and city reserves have been accounted for. 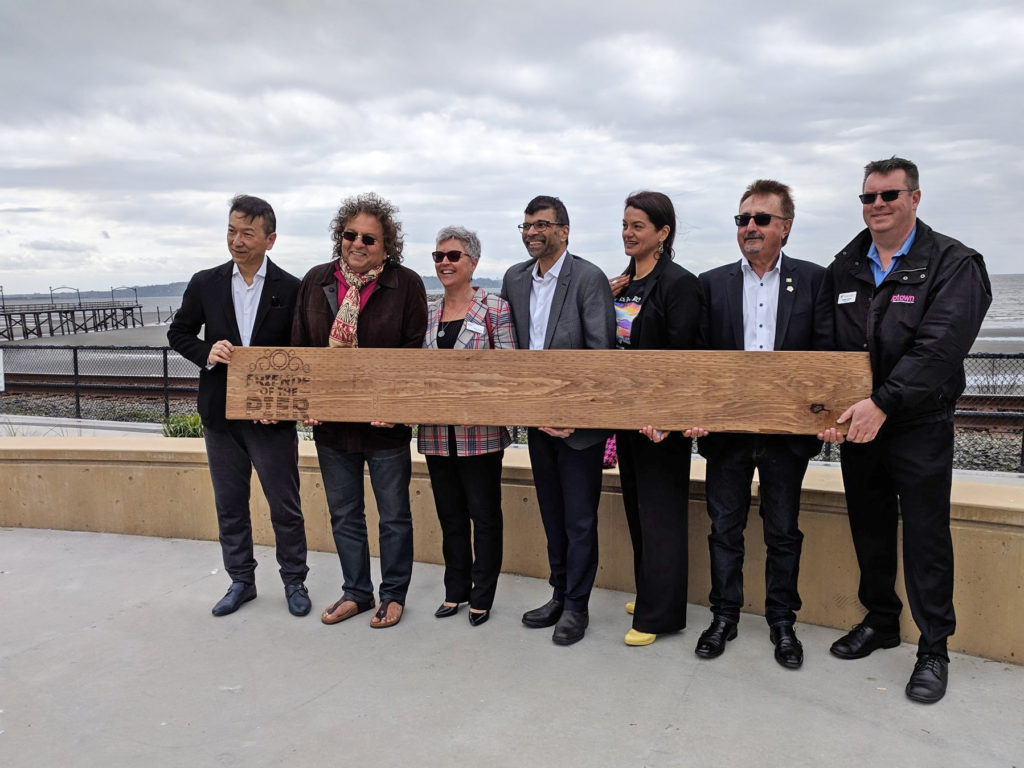 Not only are Friends of the Pier members looking forward to the celebrity chef dinner, they’re also grateful to PARC for sponsoring and hosting it in the first place.

Ritu Khanna, Executive Director of the South Surrey & White Rock Chamber of Commerce, says it’s the perfect opportunity for Oceana PARC’s staff to practice in their new kitchen and dining rooms, while the committee gets to use a beautiful new space for an event.

“PARC is definitely a valued member of the chamber and community,” says Khanna, who also commends other pier fundraising efforts like selling new planks for $1,000 each, auctioning off original artist-altered planks and the Buy-a-Beer-for-the-Pier summertime promotion.

Overall, adds Khanna, Friends of the Pier aims to promote local businesses – many of which are cuisine centric. “We have world-renowned celebrity chefs in our own backyard, in South Surrey/White Rock,” she says. “We’re a culinary destination. And I think we need to get that message out there. It’s going to be really special to highlight that.”

Don’t miss this unique community event! Click here to purchase your tickets to Chefs for the Pier on September 12.