Number of years at PARC: 1

Life Philosophy: “You don’t lose your independence, you keep it!” 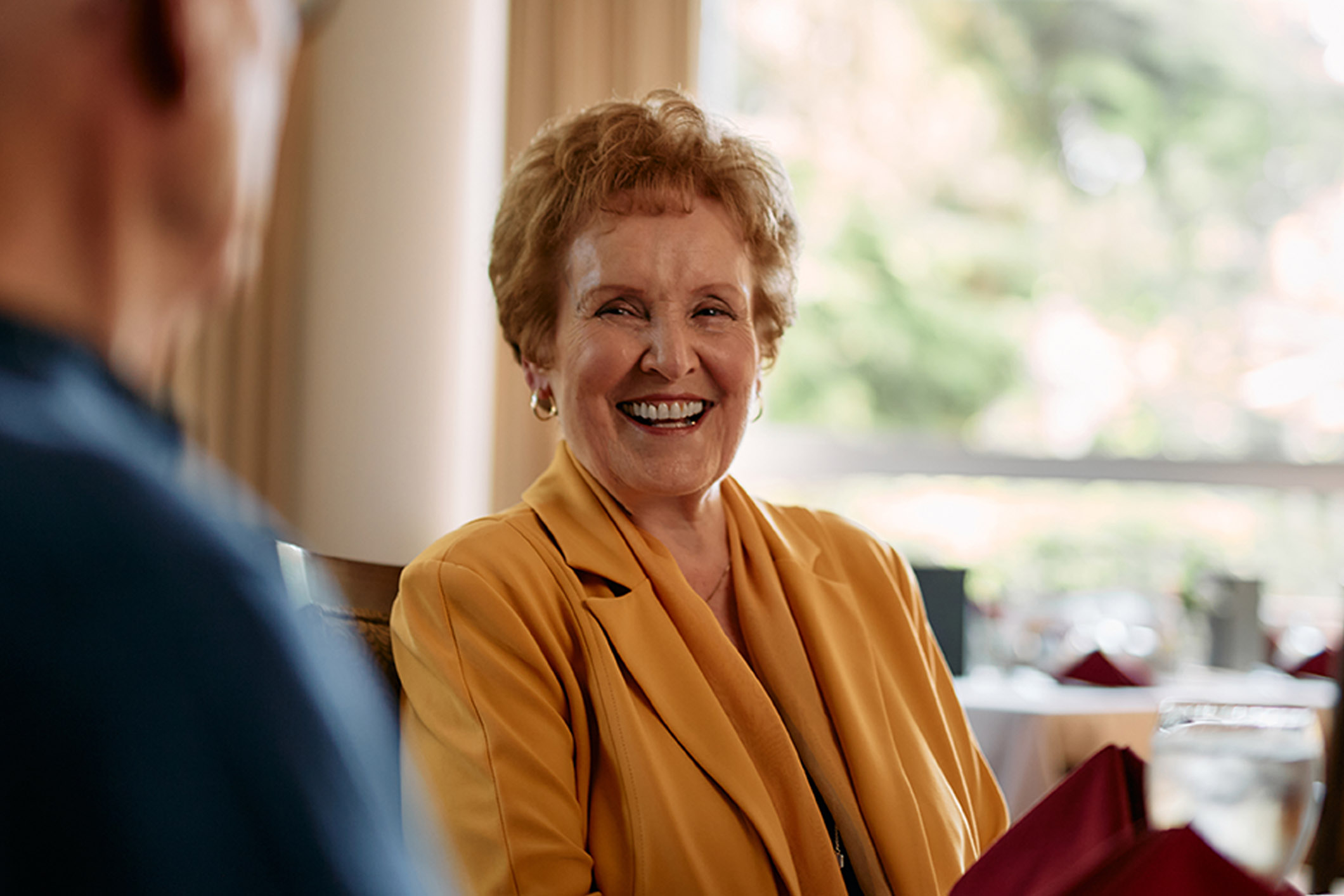 As a former nurse for long-term care, Dolly knew when it was time for her and her husband Ted to move to a seniors’ retirement residence. She was 79 and he was 84, and they were both in good health and independent. But they wanted to maximize their golden years. “I’ve seen people that don’t make decisions soon enough,” Dolly said. “Make the decision, move in. You’re not getting any younger. Every day you’re getting a bit older, but when you move in, you feel younger! We looked at places where we didn’t want to be, and this just suited us. We wanted to go in when it was our decision…it was our choice. So we made the decision, and our families thought, ‘yeah, that’s a great idea.’ So you know it’s the right decision, right?”

Originally from Saskatchewan, Dolly and Ted had been living in North Vancouver, and were familiar with the surrounding community. They even had a few friends at Cedar Springs when they moved in. “We found that there were so many people we knew because it’s located in our community. And it’s nice to be with old friends again. Plus, it’s right across from the shopping centre and LifeLabs, and the Shoppers Drug Mart and Safeway are there – that’s where you get your medications, and they deliver! You can get out and walk, you’re not going up inclines and you can go with a walker or wheelchair.”

Take a look at a few of the things Dolly loves about her days at Cedar Springs.

“I go to Parkgate for exercise classes. I went to Surefeet, which is for stretching and posture. They work on all the things that can help when you don’t stand up straight. I have people I pick up who don’t drive, so I’ve just continued with that even though they offer it here now, too.”

“We go to Belmondo Café for lunch, which is a little home cooking place, and The Maplewood Taphouse & Eatery. My friends here are long-term residents of Deep Cove, so they know these little places and who runs them. We go there for homemade soup, which I get here too, but I don’t compare to Josef’s, I just go for the company. One of the things that everybody knows in the community is that Josef is the best chef around. When my family come to visit, the first thing they say is ‘can I see the menu?’”