Residents at our West Vancouver residence, Westerleigh PARC, are huge fans of the television series, Downton Abey. In fact, they tune in together each week in the onsite theatre. To commemorate the end of the series, Westerleigh PARC held a “Downton Abbey Tea Party” in May. 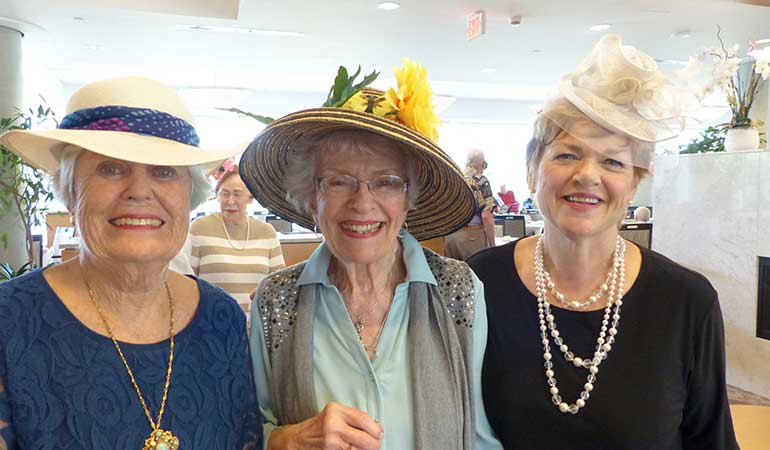 Residents attended the event in their finest threads, including elegant hats and fascinators for the ladies. Many even made their own in a fun headpiece decorating pre-party, held the same day.

Music was provided by local group Bob York and the Nu-Yorkers, and Chef Paul Marshall, ever one for adapting to events, brought the sit-down tea to life with plates of finger sandwiches and clotted cream and scones, served on chinaware in the dining room. Residents enjoyed the goodies while sampling teas and appreciating the Downton Abbey quotes that decorated the room.

Westerleigh PARC’s head dining room supervisor, Diana Kerr, and all the dining room servers joined in the fun. One resident took things up a notch by arriving in a maid’s outfit, to represent the below-stairs staff so delightfully represented in the show. 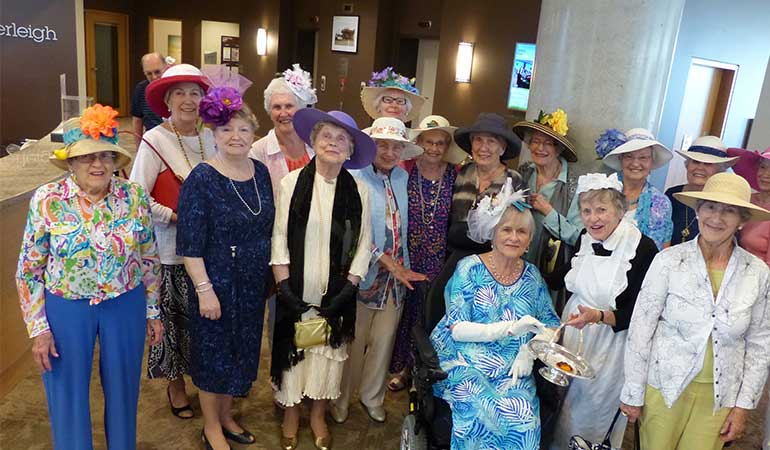 Residents at Westerleigh PARC are accustomed to themed events. And, now that the weather has allowed for dining al fresco, many events are held on the patio, including a 1950s-themed barbecue in June and a Western barbecue in July. The summer will round out with our PARC’s annual White Tea at the Harmony Arts Festival in Dundarave.

As Mr. Carson, head butler at Downton Abbey put it, “the business of life is the acquisition of memories.” Well said, Mr. Carson. Well said.