In 2016, Gabriel de los Santos started as a “chef de partie” at PARC’s Westerleigh residence. Five years later, he’s the executive chef at our Mulberry residence, having worked his way up the ranks to top position in the kitchen, and a member of our management team. 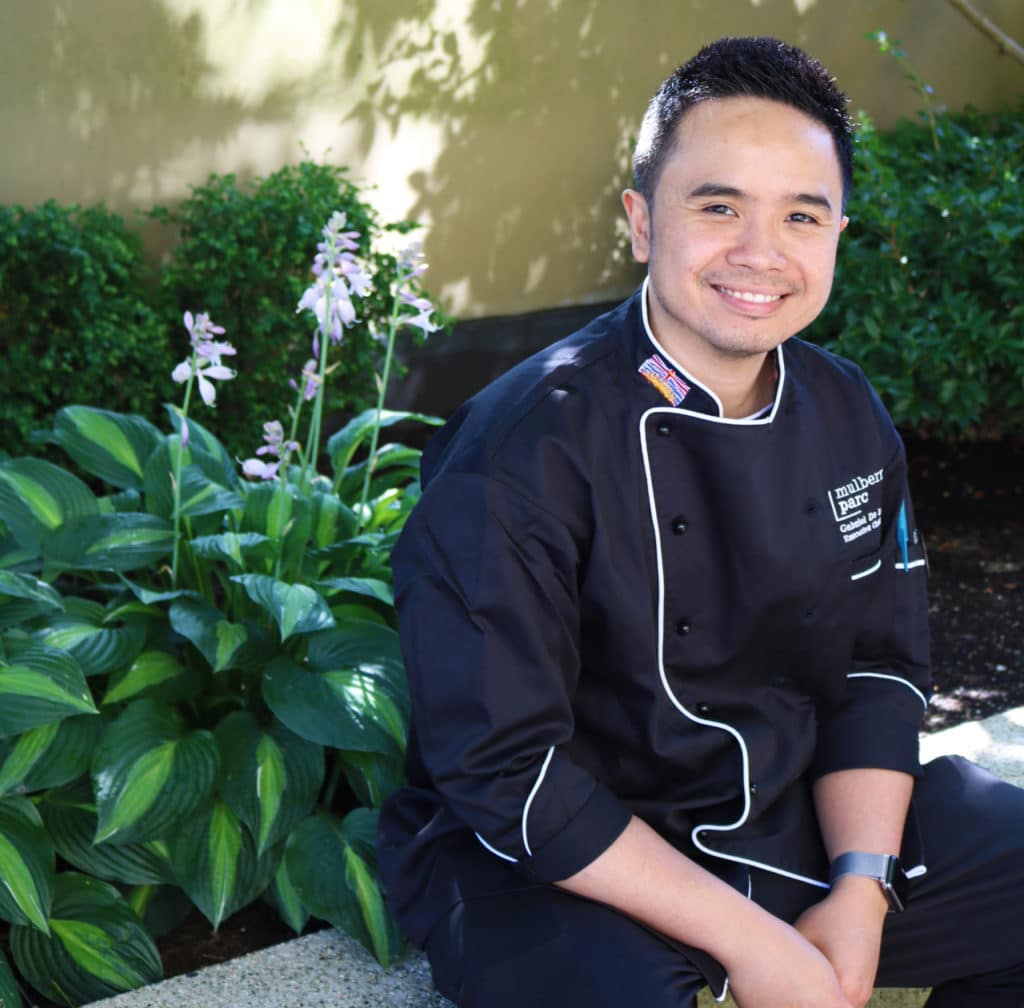 For many food professionals, working in a retirement residence might not be the first thing that comes to mind when looking for career opportunities. But for chef de los Santos, it’s been the best possible career move.

“From the outside looking in, if you’re not informed properly, you will have your perceptions about what a retirement residence is,” chef de los Santos says. “As far as the culinary side of it, you probably think we are serving something out of a box. For people who don’t know about the industry, it’s easy to jump to that conclusion.”

But it’s a conclusion that couldn’t be farther from the truth, says chef de los Santos.

“We prepare food that’s of superior quality and prepared in-house, fresh daily. And there’s a lot of opportunity for creativity. It’s a bit like working at a hotel,” he adds, “but you have the same guests every day. They become your ‘regulars’. The choices in designing the cuisine are like having a blank canvas for a chef.” 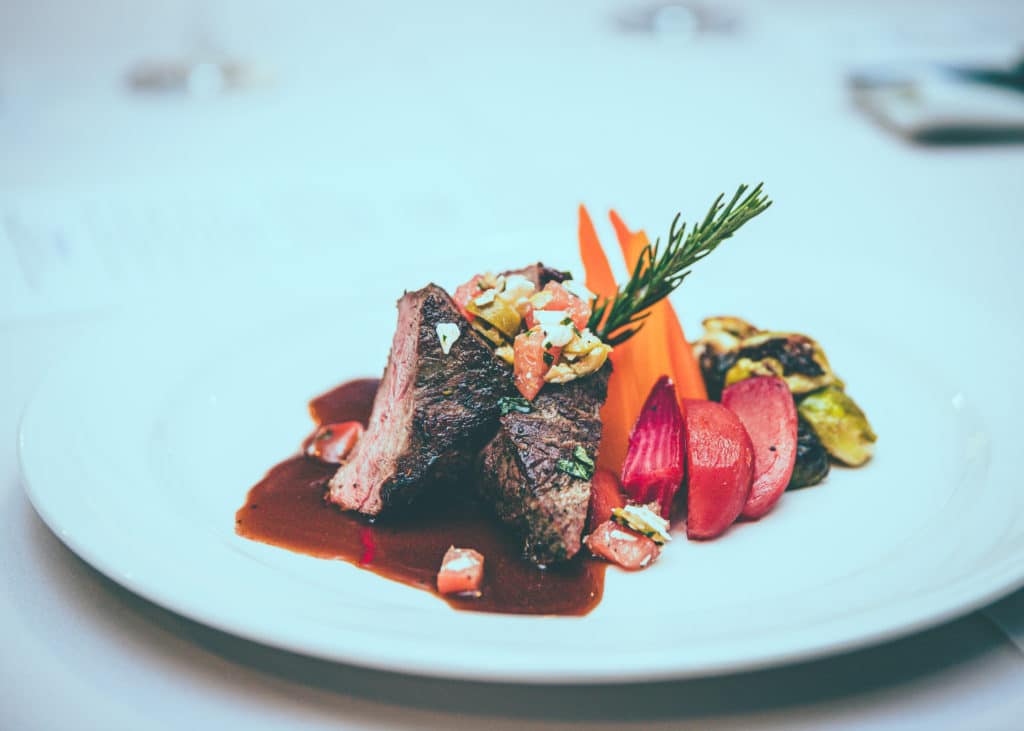 The beginnings of culinary success

Chef de los Santos got his start in the hotel sector, spending a year and a half in an internship at the Hyatt Regency hotel in Maryland, U.S., after graduating from the Culinary Arts program at Vancouver Community College.

When he returned to Vancouver, chef de los Santos did his apprenticeship at the Five Sails Restaurant in the Pan Pacific hotel until he was ready to take his Red Seal certification exam. With that under his belt, he returned to his home in the Philippines. “I worked in the Philippines for a couple of years. And that’s where my wife and I got married. But I knew, eventually, I was going to move back home to Vancouver,” he says.

Chef de los Santos was still in the Philippines when a former colleague, who happened to be working as the executive chef at our Mulberry residence at the time, contacted him about an opportunity. “He told me about an opening at Westerleigh PARC.”

Chef de los Santos applied, interviewed and was the lead candidate eventually, starting as a chef de partie. But he had bigger ambitions, and was supported by his supervisors and the HR team at PARC to pursue them. “I wanted to do more. I wanted to learn the other side of the operation as far as management and the financial part.” 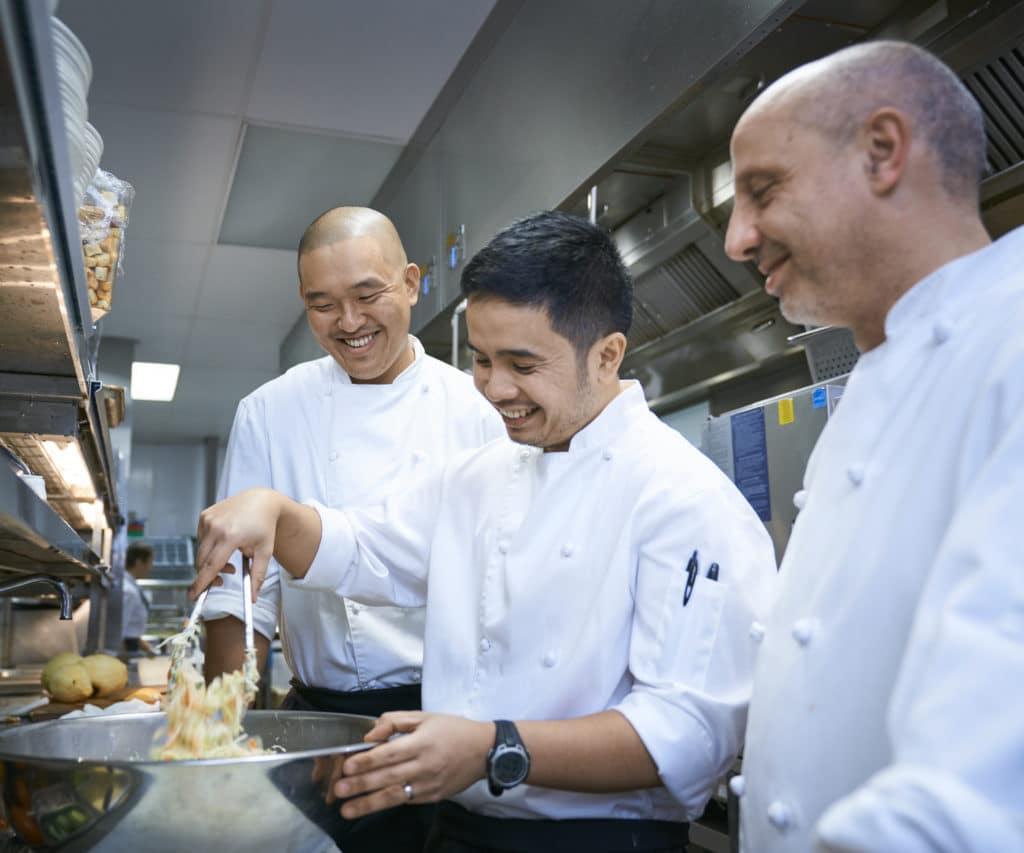 Photo taken before the pandemic

Life and work at PARC

As executive chef, de los Santos does everything from preparing meal plans to overseeing kitchen staff, to working in tandem with the management team. “I get exposure to working with the reception team, the housekeeping team, maintenance and the management team,” he says. “We all work together to support each other. And it makes the job easier when you know you’ve got people that support you and have your back. The culture here is amazing.”

But that doesn’t mean there aren’t challenges. “There are 150 discerning resident palates, all with likes and dislikes. It’s not like at a restaurant where it’s the same menu every day but you’re feeding different people every day. For the residents here, there is something different on the menu every day.”

Feedback fuels chef de los Santos’ creativity. “You listen and learn and you will see what residents like and what they don’t, and you just adjust from there.”

A plateful of career opportunities

For food professionals looking for career opportunities, chef de los Santos has these words of advice: “Do your research about industries other than restaurants and hotels. Senior living is very comparable to hospitality.”

He says the benefits of working in a retirement community like PARC go beyond the creativity in food preparation, and include a more balanced lifestyle. “You’re able to enjoy life outside of the culinary world. You get to that point in your life where you want to have some stability and you want to have balance without sacrificing creativity, especially if you’re someone who’s starting a family. That’s one thing that PARC has always been an advocate of, is having that work-life balance. And it’s important.”

As an essential service, PARC has remained fully operational and has continued to hire food service professionals throughout the COVID-19 pandemic. Interested in exploring our career opportunities in senior living? Take a look at our careers page for more information and a list of our current openings.