Past occupation: Business executive in the metals sector

Number of years at PARC: 4

Life Philosophy: “If you ask me how I am, it’s always excellent.” 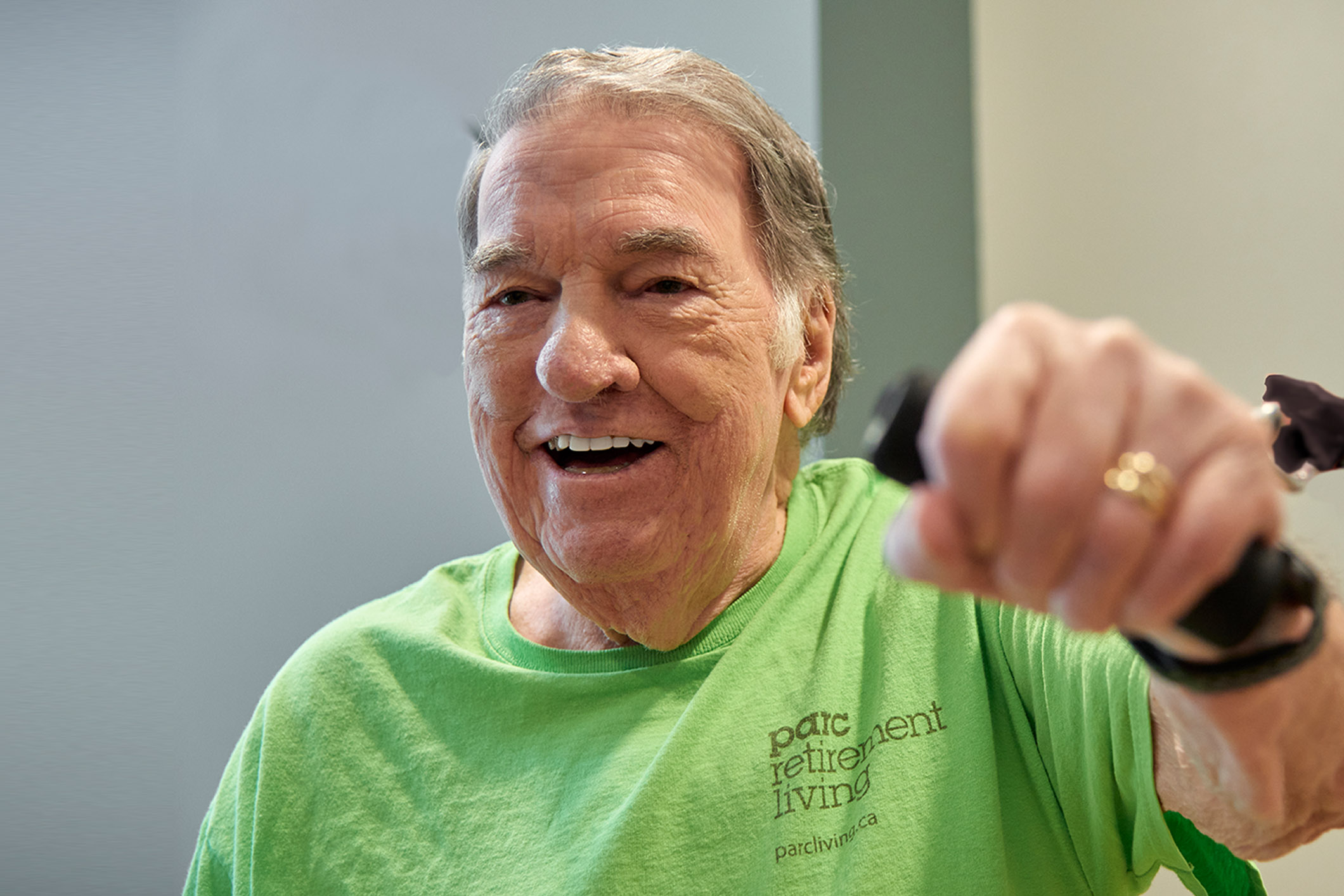 Originally from Montreal, Hugh developed an appreciation for Canada’s vast diversity thanks to work transfers as a business executive in the metals sector. But when his second wife passed away, he knew he wanted to be closer to his sons. He moved to Vancouver, and chose Summerhill PARC on his first visit.

At age 90, Hugh loves Summerhill’s proximity to Lonsdale, and the walkability of the whole area. “I’m quite mobile and do a lot of walking, so it made sense to come live here,” he says. “It’s a very harmonious area to be in. You never see anybody excited or yelling. If you go out and walk on Lonsdale almost any time of the day, you’re going to bump into two or three other residents.”

But what he enjoys most about living at Summerhill? The food. “As long as I’ve lived here, I don’t think I’ve picked up the menu five times. Whatever Chef Bob delivers, I enjoy.”

Read on to find out more about how Hugh fills his days at Summerhill.

A Day in the Life of Hugh

“I get up very early, around 5 or 6 am, and I go onto the NuStep machine for an hour. And I love it. When I got here, my son said to me, ‘you know, Dad, you’ve got to start taking care of yourself. I had been taking care of people for so long that I didn’t do much for myself. So, he bought me a set of those walking sticks and he put a Fitbit on me, and he used to ask me, ‘How many steps did you do today?’ And I would tell him. And then he said, ‘Do you have a goal?’ And I said, ‘No’. He says, ‘Why don’t you try for 10,000 steps a day?’ I started adding them up and realized I’m in Kelowna in relation to the distance that I walked. And this went on and on until I had walked right across Canada in road miles from Victoria to Newfoundland and back! And I’m still doing it! I do it every day.”

“I sometimes go to the grocery store because I usually have breakfast in my room. And then at noon, I will go down and have lunch.”

“I call the bingo games, and I also help write for ‘The Hummingbird,’ which is a little newsletter residents at Summerhill put together. I also participate in indoor curling. And right now I’m involved in helping to organize the Christmas appreciation program for the employees. That’s a new job for me.”

“On Thursday there are about eight of us who come together to discuss news and views. They create an agenda, and it’s usually politically driven.”

“We have a playgroup here, too. One of the ladies who was a server here was also an actress. Because of the pandemic, they stopped performing and she helped put a group together and we put on plays. We’re working on a play now. It’s about a couple who comes to a seniors’ residence, and he was going to look for the richest lady, and she was going to look for the richest man, and introduce themselves as brother and sister. They were trying to hit on these people for money. And I play the guy who was supposed to be hitting on the women for money!”